Brand new user of LaunchBar here. I want to see if I like the software before buying – and I'm having some trouble seeing what's so great about it yet – so I bought "Take Control of LaunchBar" book to try to get it to work.

What I did see was this: And if I RightArrow into "Word Documents," what I see isn't recent documents, but some OOOLD documents (apparently in alpha order) along with Safari web pages (that aren't even in the same directory, I don't think) and docs written in Japanese (not by me) and ... just chaos.

I looked at the indexing section of "Take Control of LaunchBar," but that isn't explained very well, either. It talks about deleting rules to reduce the number of "hits," but then doesn't explain how to delete rules, and which rules one might want to delete.

Can anyone help me here? Thank you.

OK, well, I figured out that I need to highlight "Word Documents" and then RightArrow into that category ... and then I can search for Word Documents by typing the name of the document.

But applying the same logic to Contacts doesn't work. If I invoke LB, then type C to get Contacts, then RightArrow into that, what I see is this: 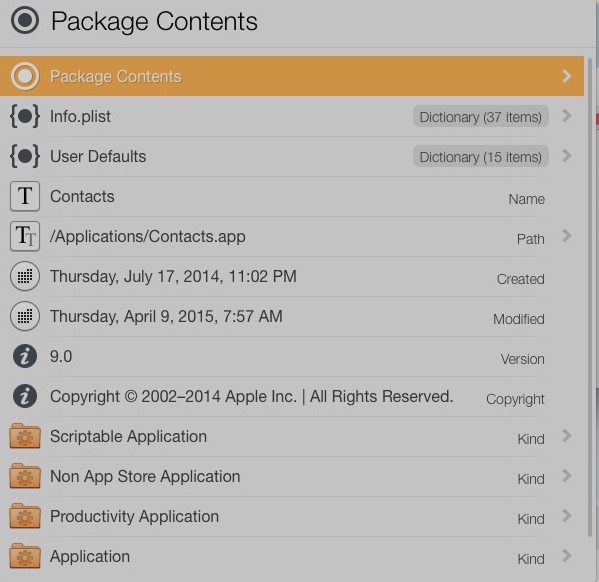 So: Which line would I select to search for John Smith in my Contacts by name?
Top

Make sure you have searching Contacts enabled in the LaunchBar index, then you should see this (attached). At this point, begin typing a name and you will be presented with a list of matching contacts. Or just bypass the Contacts app in LaunchBar entirely by typing the contact's name when you activate LaunchBar.

Greg Jones wrote:Or just bypass the Contacts app in LaunchBar entirely by typing the contact's name when you activate LaunchBar.

That didn't work, either (which is why I tried the roundabout route of RightArrowing through Contacts), which suggests to me that the names in Contacts aren't indexed.

I'll look at trying to make sure my Contacts are indexed. Thanks for the reply.

Can anyone help me here? Thank you.

Microsoft apps do not store their recent documents list using standard macOS APIs that most other Mac apps do, so LaunchBar cannot access those items. Note that you won't see your recent Word documents in the Apple -> Recent Items menu either.

However, I found that another user had written some custom LaunchBar actions that enable the Recent Documents functionality for Word, PP, and Excel by programmatically scraping the info. Try:

Now that I've upgraded to Sierra, Word 2008 is fatally broken, so I won't be using MS products anymore, thankfully. I appreciate your help, though.
Top
Post Reply
6 posts • Page 1 of 1